NEWS The Choir of the 21st Century is delighted to announce the appointment of Max Barley as our new Conductor/Artistic Director  He succeeded Howard Williams in the post at the start of 2018.

For more information about Max, click on "Conductor" tab above.

We are also honoured that Dame Emma Kirkby has agreed to become our Patron, succeeding the late Sir Peter Maxwell Davies (Founding Patron).

CC21 is made up of some of London’s most experienced amateur singers, performing a repertoire which is deliberately broad, both sacred and secular, to reflect the depth and richness of the choral music which is our heritage.

The choir’s recordings on the SOMM label include both the Elgar and Kodály versions of The Music Makers, Philip Glass’s Another Look at Harmony–Part IV and Mátyás Seiber a cappella.

In addition to its normal a cappella projects, CC21’s collaborations with the English Chamber Orchestra under Howard Williams have resulted in performances of which MusicalCriticism.com wrote that it 'would have been difficult to better'.

'Right from the start, we know we are in for a treat' Elgar Society Journal

The Choir of the 21st Century was a rhythmically rigorous, brightly voiced amateur chorus -- in perfect scale and character for the occasion’. Hilary Finch, Times Online 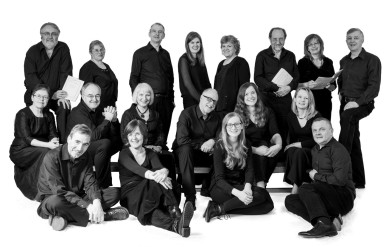 A Celebration of Ralph Vaughan Williams

or at the door or from choir members